In commemoration of the life and work of security researcher Péter Ször, who passed away in November, Virus Bulletin has introduced an annual award which will be known as the "Péter Ször Award". The award will recognise the best piece of technical security research performed each year.

When, last November, the security community learned of Péter's sudden passing, we received a number of suggestions that we should do something to keep his memory alive. We fairly quickly decided to introduce an annual "Péter Ször Award" that would recognise an exceptional contribution to the security industry, and after much consideration, decided that it should be awarded for the best piece of technical security research each year.

Péter Ször contributed almost 40 articles to Virus Bulletin over the years, spoke at several VB conferences, and served for more than ten years on the VB advisory board. He was also well known as the author of the popular The Art of Computer VirusResearch and Defense - a book which, for many, served as their first introduction to and basic grounding in computer security. Most importantly, he was known by everyone who encountered him for his great kindness and generosity.

We are now seeking nominations for the first award. It will be awarded for the best technical security research published between 1 July 2013 and 30 June 2014. You can use this form to send in your nominations, or else do so by emailing [email protected]. 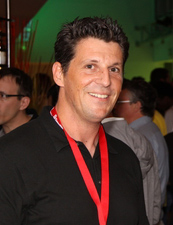