If you administer Linux-based systems, you'd better schedule some time for patching, as a serious buffer overflow vulnerability has been discovered in the glibc library.

The vulnerability exists in the gethostbyname() and gethostbyname2() functions, which are used to resolve hostnames - hence any piece of software that connects to the Internet is potentially vulnerable.

The good news is that these functions shouldn't be used anyway and, in fact, were fixed in May 2013. The bad news is that not only do many programs still use them, but that, when the fix was applied, it wasn't recognised as a security threat - hence many stable and long-term-support distributions remained vulnerable.

The vulnerability was discovered by researchers from Qualys, who gave it the name 'GHOST' (its more official name is CVE-2015-0235) and also designed a fitting logo. In the detailed advisory, the researchers explain how they wrote a proof-of-concept exploit where an attacker gains full control of an Exim mail server merely by sending specially crafted strings during the SMTP transaction. 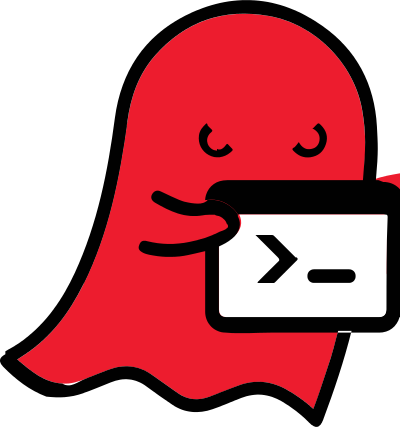 GHOST's logo. Researchers from Google performed a tongue-in-cheek analysis of the logo.

GHOST is reminiscent of the 'Shellshock' vulnerability in bash that was discovered last year. Although less trivial to exploit, it could potentially affect any piece of software. The good news is that Qualys believes many other widely used software packages that call the affected functions, including Apache, nginx, openssh, Sendmail and Postfix, are not vulnerable as the buffer overflow cannot be triggered.

Still, even if you don't run Exim, there is no good reason not to patch; most Linux distributions have made patches available.

And of course, there is always the possibility that someone already knew about GHOST and had secretly been exploiting it all this time.

Update: this blog post previously stated that the exploit against Exim worked by sending an email. This is incorrect.

Posted on 28 January 2015 by Martijn Grooten