As long as you perform your security research in the safe environment of a lab, staring at Wireshark logs or lines of IDA-generated code, you have little to worry about. But almost every security researcher leaves their lab - whether to write about their research, to access malicious resources or sometimes even in an attempt to infiltrate places where cybercriminals hang out. 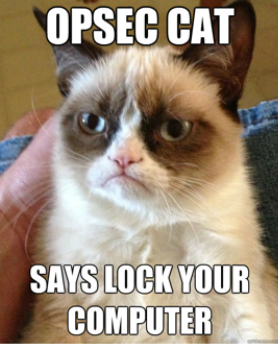 In their paper, Vicente Diaz and Dani Creus provide a '101' on what is an increasingly important topic for security researchers: Operations Security, or OPSEC for short. Interestingly, this is an area in which security researchers, cybercriminals and intelligence agencies all face the same challenges, and can perhaps even learn from each other's mistakes.

There are many faces to OPSEC, but the golden rule is: if you don't really need to say something, then don't. This goes somewhat against the nature of many security researchers, who tend to like to brag about their discoveries. And then it's good to note the second golden rule: OPSEC doesn't work retrospectively.

OPSEC is hard, but Vicente finished his VB2014 presentation by saying that you don't need to be a fully fledged spy: some OPSEC is better than none. And, importantly, by performing OPSEC you help the community - as the Harvard student who used Tor to email a bomb threat anonymously, but was found out because he was the only one using Tor, can tell you, OPSEC works a lot better if you're not the only one using it.

Posted on 19 January 2015 by Martijn Grooten