There are some security stories you couldn't make up. The authors of an advanced malware tool have used a new version of that same tool to target a security company that played a prominent role in the discovery and analysis of the original version of said tool.

An employee at Kaspersky Lab was targeted with a piece of malware which researchers at the company believe to be a new variant of Duqu, the first variant of which was discovered in 2011 and was then found to have links (and possibly shared authors) with Stuxnet.

Like the original variant, Duqu 2.0, as it has been called, made use of a zero-day vulnerability: CVE-2015-2360, which allowed for privileges to be escalated in the Windows kernel, and which was patched yesterday. It may also have used two other vulnerabilities (CVE-2014-4148 and CVE-2014-6324) that have also since been patched but which were zero-days during the original infection.

And just like the original Duqu, the 2.0 variant is very sophisticated: from the use of various zero-days, to the fact that the malware ran inside memory and combined encryption and compression algorithms to avoid detection.

The Duqu 2.0 infection incident at Kaspersky Lab involved a cat-and-mouse game between researchers and the attackers. When Kaspersky disconnected critical systems following the discovery of the attack, the attackers realised they were being found out and quickly wiped the mailbox and browsing history of the targeted machine, thus preventing full analysis but at least suggesting that spear-phishing might have been used for the original infection.

Kaspersky wasn't the only target of Duqu 2.0 though. Other targets included a number of hotels where negotiations had been taking place on Iran's nuclear programme, suggesting the actor could well be a nation state with a keen interest in learning about the developments of these negotiations.

Duqu 2.0 contains the magic string 'romanian.antihacker'. It has been suggested that this could be a reference to Kaspersky researcher Costin Raiu. Source: Kaspersky Lab.

Full details on Duqu 2.0 can be found in a paper (pdf) published by Kaspersky, with good summaries written by Dan Goodin at Ars Technica and Kim Zetter at Wired. The latter's book on Stuxnet, Countdown to Zero Day, which I reviewed last year, also covers the original Duqu attack.

Symantec has also published a blog on Duqu, in which it mentions a few other targets in Europe, North Africa and Asia. Another report (pdf) was written by CrySyS, the Hungarian research lab which discovered the original Duqu infection in 2011.

Later this year, Kaspersky researcher Costin Raiu will deliver the closing keynote at VB2015, while researchers from CrySyS will give a presentation on a repository of signed software, which was inspired by attacks like Duqu. 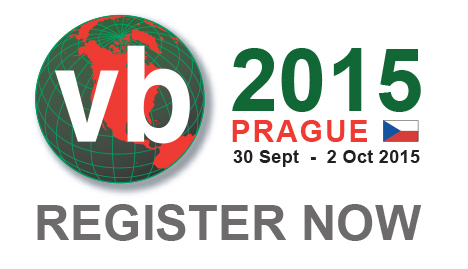