The Internet of Bad Things, Observed

The VB2015 opening keynote by Ross Anderson could hardly have been more timely. In his talk "The Internet of Bad Things, Observed", the Cambridge professor looked at various attacks against the EMV standard for payment cards — attacks that have been used to steal real money from real people.

Such cards, often called chip-and-PIN or chip-and-signature, are generally seen as better protected against compromised point-of-sale terminals, which have been the cause of a number of prominent data breaches in North America. On 1 October 2015, the day after Ross's talk, a liability shift took place in the US and Canada, making merchants whose terminals do not support EMV liable for fraudulent transactions.

However, Ross did make it clear that EMV is no silver bullet and that many attack vectors remain, some of which are caused by poor implementations, such as the choice of a counter for a 'random' number. 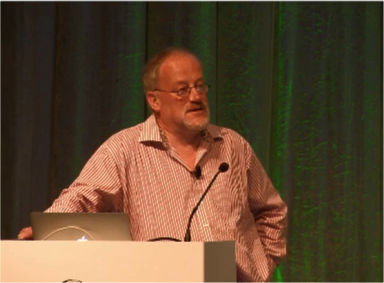 1 October also saw the inauguration of the Cambridge Cloud Cybercrime Centre, whose aim is to collect cybercrime-related data and share this with the academic community. Ross asked the audience — and the wider security community — for data feeds that could be used for academic research.

We have uploaded the video of Ross's talk to our YouTube channel so that it can be watched by those who didn't attend VB2015 in Prague. We also recommend Ross's book Security Engineering, which is available free of charge on Ross's website.

Posted on 10 November 2015 by Martijn Grooten