Greater Manchester Police has admitted to the BBC that some 1,500 of its PCs (20% of the total) are still running Windows XP, an operating system that was considered end-of-life more than three years ago.

This makes the organization an exception. Not because its systems are still running Windows XP, but because it is admitting it: most other police forces in the UK refused to disclose their numbers, citing security concerns.

Security experts have for years warned against running Windows XP, saying that the lack of security patches would make the operating system vulnerable to perpetual zero-days, thus making it a goldmine for hackers. In reality, things haven't turned out so bad. We have not seen any large-scale infection of Windows XP devices, and perhaps the biggest attack of the year, WannaCry, didn't even work on Windows XP.

The single biggest contributing factor to this is no doubt the fact that these machines are rarely connected directly to the Internet. Unlike, say, web servers running a vulnerable version of WordPress, you can't attack a PC running XP simply by sending a specially crafted packet from the Internet. You'd have to get the user to click a link, open a file or visit a website, or maybe you first need to infect another machine on the same local network – indeed, this is how WannaCry spread within local networks.

And that's where another major factor comes into play: many networks, despite running Windows XP, probably have some at least half-decent security. They have most ports closed, run up-to-date security software and have hardened the network in various other ways. This may reduce the risk of an attack to what may seem like (and what for the past three years may actually have been) acceptable levels. 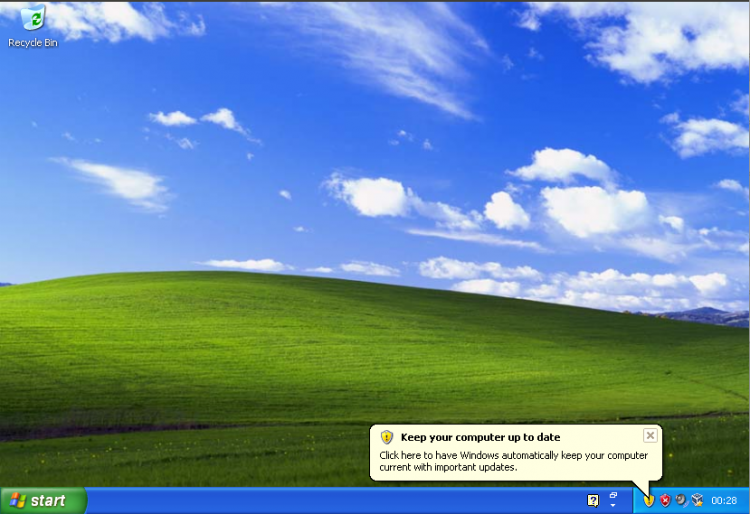 It is still a bad idea to run XP though: it would only take one clever way of exploiting XP in a hitherto overlooked way (similar to how WannaCry spread via the often ignored SMB protocol) for your systems to be hit in a really bad way. Running XP is like building a house next to a volcano that hasn't erupted in many years: it may seem cheap and actually quite safe, but when things turn bad, they turn really bad.

As for Greater Manchester's police force, for them the case for moving away from XP is even stronger. Other than the many opportunistic attackers, they also have reason to worry about more targeted attackers, who might for instance be looking for information on ongoing investigations. Against such attackers, XP simply isn't good enough.

In both instances though, security experts should be careful in their warnings, and avoid sounding overly dramatic. Windows XP doesn't get you immediately owned, nor does it guarantee this will happen. But it does lower the bar for adversaries quite a bit.

Are you strongly opinionated about organizations running Windows XP? Why not register for VB2017 to join hundreds of other security professionals from around the world to learn about threats that matter and how to defend against them? And if you are already coming to Madrid, don't forget to attend the Small Talk by ENISA's Razvan Gavrila, who will discuss the lessons learned from the WannaCry outbreak, the implications of which are likely relevant to the issue of so many organisations still running XP.