Facebook helps you determine whether emails really came from its servers

There are many good reasons to criticize Facebook for its collecting of our personal data, but the company also deserves credit for being at the forefront when it comes to online security.

The company has long had a generous bug bounty program, can send PGP-encrypted notifications, and has even set up a .onion version of its website. Now the company has made it easy to determine whether a security notification that claims to have come from Facebook really was sent by its servers, or whether it might actually be a phishing or otherwise malicious email.

I've never been very happy with the advice that you should only open emails that you can be certain are genuine, and that you should check the links before clicking on them: it has resulted in phishers trying harder to make their emails and the links within them look genuine – at least to an untrained eye. A much better piece of advice is to browse directly to the site from which the email claimed to come, without clicking any links in the email, and see if you are still prompted to do whatever was apparently so urgent.

Unfortunately, it is not easy for a user be sure that the absence of any notification means that an email was fake. In fact, I would be surprised if there weren't many websites that send genuine security notifications by email without notifying you about them in your account. 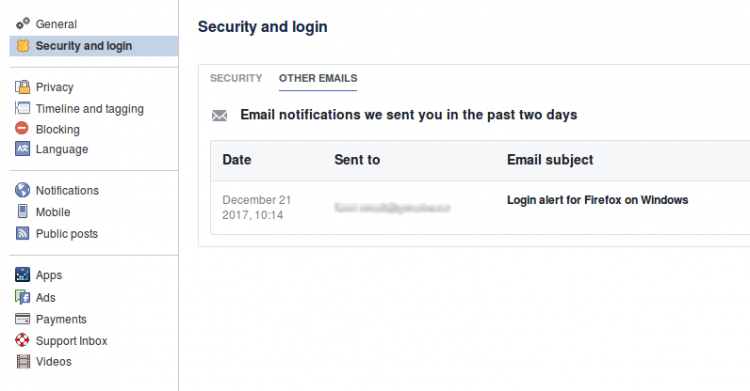 Of course, this shouldn't stop users from setting up two-factor authentication. But it does make it really easy for the recipient to ask the perceived sender: did you really send this email? Let's hope other widely phished sites will follow Facebook's example.