WordPress has long had a bad reputation in the security community. While this is understandable – compromised installations of the popular content management system are regularly used to spread malware and spam – it is also a little unfair, as the security of WordPress has improved a lot over the years.

Indeed, exploitable vulnerabilities in the WordPress core have become quite rare, with most recent compromises using a flaw in a plug-in or theme. What has made the biggest difference to the security of its install base, though, is the ability, introduced in 2013, for WordPress installations to self-update, thus ensuring vulnerabilities are patched automatically.

Unfortunately, this feature broke in a rather bad way this week. A regular maintenance update contained a bug that triggered a fatal error when WordPress was trying to determine whether it needed updating, thus preventing any updates from being installed automatically.

The bug has since been fixed but, as you can guess, the fix won't be installed automatically. Users are thus being urged to update to WordPress 4.9.4 manually. 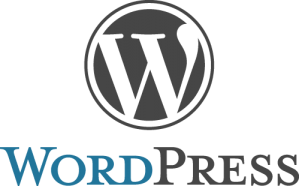 It is unclear whether all WordPress installations with auto-update enabled did indeed install the faulty update in the 21-hour period during which it was available, but I have seen reports of people who say their site installed both updates automatically. Though the (sparse) technical details published by WordPress don't make mention of it, is is possible that the issue only affected a subset of the install base. This could also explain how the bug passed the project's QA.

Just checked on some of my sites. 4.9.3 auto installed, and then it auto-updated to 4.9.4. Doesn't look as universal an issue as some are saying.

Though there are are currently no known vulnerabilities in the WordPress core, those running WordPress are strongly advised, if it hasn't auto-updated, to update to 4.9.4 manually sooner rather than later, to make sure they will be protected against future vulnerabilities. And it doesn't hurt to point out that, for the average WordPress user, the self-update function still seems a far better option than any of the available alternatives.