At a recent security conference, one speaker asked how many of the audience remembered the 2007 Storm Worm. Only about half the members of the audience of malware researchers raised their hand.

Infosec isn't very good at institutional memory and the vast amount of new information that deluges those working in the industry often doesn't give one the time to sit back and try and understand the past. But it would be good if we occasionally did. 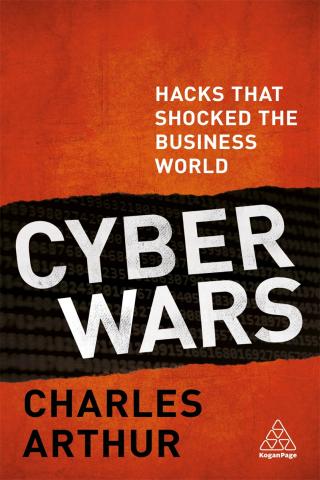 In Cyber Wars, former Guardian technology editor Charles Arthur writes about seven prominent hacks and attacks, including the hacks at HB Gary and Sony Pictures, and the Mirai botnet. None of these cases would be important enough for a book on their own, but they should not be forgotten.

Indeed, Arthur concludes every chapter with lessons that can be learned from the particular case. Even more important than learning those specific lessons would be to add the stories to our collective memory, including important parts of stories that are often overlooked.

For example, it was well known that John Podesta didn't use two-factor authentication on his Gmail account when it was hacked during his work for the 2016 Clinton campaign. I also knew that the phishing page was only fallen for after a helpdesk staffer had meant to say 'this is not a legitimate email' but accidentally left out the 'not'. But what I didn't know was that it was actually an assistant of Podesta's who fell for it: the mailbox was shared among several staffers, which would have made using 2FA less trivial.

The chapter on the 2014 Sony Pictures hack, the only other chapter that fits the book's somewhat unfortunate title (the subtitle, 'Hacks that shocked the business world', is far more appropriate), serves as a good reminder that initially very few security professionals believed the US government when it attributed this hack to North Korea. Now, everyone considers that country a serious player in the world of cyber attacks: it is good to be reminded of the paradigm shift that has taken place.

The book concludes with a somewhat pessimistic chapter on the future of hacking. Here I disagree with Arthur: while we will never be able to write 100% secure code or unhackable systems, as our understanding of hacks and attacks grows we will learn to better anticipate them, and that could make a big difference. Books like this really help with this understanding.

Cyber Wars is published by KoganPage.