Together with email1, web is one of the major vectors through which organizations and individuals get infected with malware. Despite a decline in activity, exploit kits remain the most prominent web-based threat and are a reminder that browsers and browser plug-ins should take absolute priority when it comes to patching: exploit kits almost always exploit vulnerabilities for which a patch has been made available.

But because people do make mistakes, and organizations find it hard always to patch software right away, web security products provide an important extra layer of defence.

The May 2018 threat landscape

Two kits continue to dominate the global exploit kit landscape: Rig and Grandsoft, both of which are served via a number of different campaigns. A single campaign often serves different kinds of malware to different victims, and though cryptocurrency miners remain popular among cybercriminals, we continue to see more traditional and more serious threats, such as banking trojans and ransomware, being served.

Of course, cryptocurrency mining is also performed via malicious and/or compromised websites. We do not make the blocking of such threats a requirement to achieve VBWeb certification as there are legitimate sites that perform this kind of activity; nevertheless, we were pleased to find that all solutions in our test (including those being tested privately) blocked 100% of cryptocurrency miners.

As in the previous report, we continue to see threats being delivered via HTTPS. Though the privacy implications of an organization intercepting HTTPS for its employees should be well understood, it is important to note that not doing so would result in a not insignificant amount of malicious web traffic bypassing the security product in place.

In yet another test, Fortinet’s FortiGate appliance blocked every one of the hundreds of drive-by downloads it was served, showing continued excellence when it comes to blocking this type of threat.

With a weighted average block rate of 99.9%, we are pleased to award Fortinet its eighth VBWeb award. 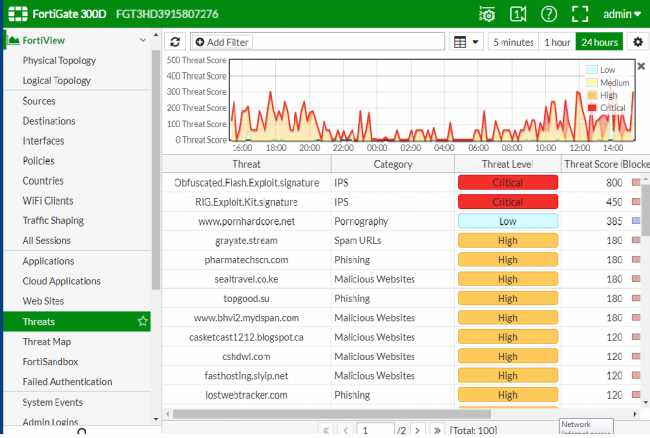 Trustwave’s Secure Web Gateway continues its excellent performance on our test bed, once again blocking all exploit kits – no trivial achievement given how such kits constantly evolve in an attempt to stay one step ahead of the security vendors.

With a weighted average block rate of 99.9%, yet another VBWeb award is well deserved by Trustwave. 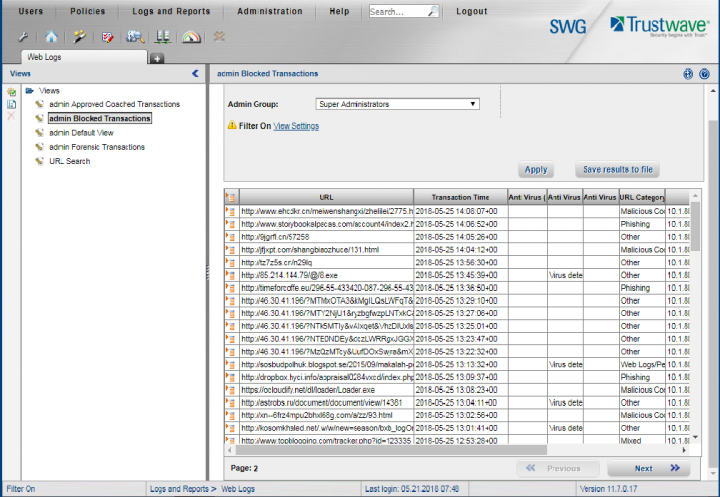 The test ran from 16 to 31 May 2018, during which period we gathered a large number of URLs (most of which were found through public sources) which we had reason to believe could serve a malicious response. We opened the URLs in one of our test browsers, selected at random.

In this test, we checked products against 291 drive-by downloads (exploit kits) and 1419 direct malware downloads. To qualify for a VBWeb award, the weighted average catch rate of these two categories, with weights of 90% and 10% respectively, needed to be at least 70%.

We also checked the products against 243 URLs that we deemed ‘potentially malicious’. These were URLs for which we had strong evidence that they would serve a malicious response in some cases, but they didn’t when we requested it. There could be a number of reasons for this, from server-side randomness to our test lab being detected by anti-analysis tools.

While one can have a perfectly good web security product that doesn’t block any of these, we believe that blocking such URLs can serve as an indication of a product’s ability to block threats proactively without inspecting the traffic. For some customers this could be important, and for developers this is certainly valuable information, hence we decided to include it in this and future reports.