In the VBWeb tests we measure the performance of web security products against a wide range of live web threats. We publish quarterly reports on the performance of the products that have opted to be included in our public testing. The reports also include an overview of the current state of the web‑based threat landscape.

Though, as noted in previous VBWeb reports, the exploit kit landscape is nowhere near as active as it was half a decade ago, a number of exploit kits are still active and new ones continue to appear – for example the Spelevo kit, which was first spotted early in March2, not long before this test started. It was also spotted in our lab during the test.

The most active kit during the test period continued to be Rig, which we typically caught through malvertising and which typically linked to the Fobos or Hookads campaigns. Interestingly, we spotted cases of the latter campaign where, depending on the location from which the request was made (we use a distributed network of IP addresses for our tests), the user was redirected to either Rig or Spelevo3.

As a reminder that it wasn't just Flash Player that was being exploited, we spotted cases of CVE-2018-81744, a vulnerability in Internet Explorer patched last year, which installed the lesser-known Golden Axe ransomware. We also recorded instances of the Fallout exploit kit during this test.

Among the direct malware downloads, we found a wide range of malware including Emotet, Trickbot, Pony, AZORult and Mirai.

For the first time, a cloud-based product was included in this VBWeb test. As with the other products hosted in our lab, we replay previously recorded requests through cloud-based products5, but as we do not control the connection between the product and the Internet, we cannot replay the response.

Fortinet's FortiGate appliance once again blocked all the drive-by downloads and in-browser mining observed during the test. It also blocked all but a handful of direct malware downloads and did not block any legitimate URLs. The product deservedly earns its eleventh VBWeb certification. 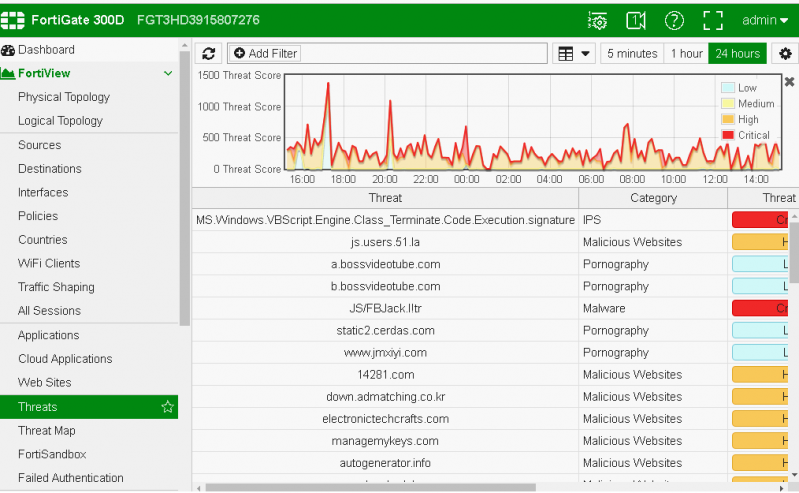 iBoss is a cloud-based web security solution that makes its debut in this VBWeb test. Virus Bulletin does not express a view as to whether it is better to use a cloud‑based or a locally hosted solution, but when it comes to performance, customers should not expect any difference. We were thus pleased to see the product block 100% of all exploit kits and all but a few direct malware downloads. With this performance the product earns its first VBWeb award.

We should note that the product did erroneously block three legitimate URLs in our test. Though we do not think this number is sufficiently high to deny the product an award, it is worth noting that some customers may want to choose slightly different settings from those we used in our test.

Trustwave's 100% block rate of both drive-by downloads and cryptocurrency miners won't come as a surprise for regular readers of this report, neither will its very high block rate when it comes to direct malware downloads. Trustwave easily achieves its tenth VBWeb certification. 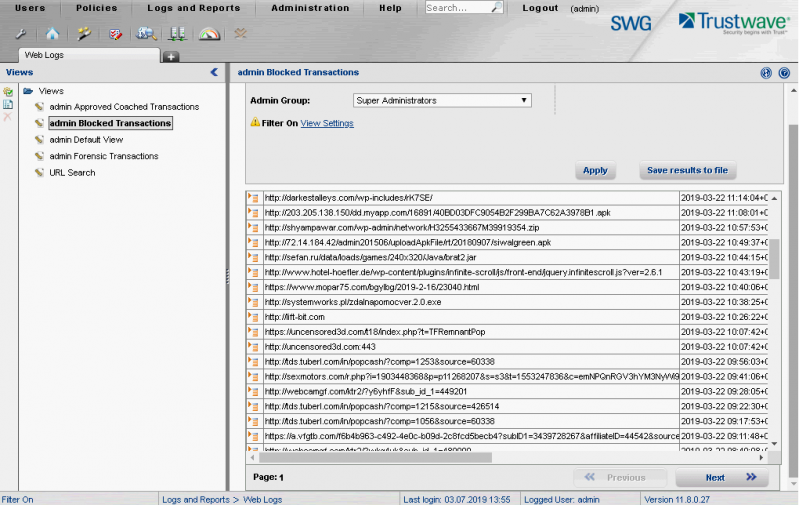 The test ran from 11 March to 2 April 2019, during which period we gathered a large number of URLs (most of which were found through public sources) which we had reason to believe could serve a malicious response. We opened the URLs in one of our test browsers, selected at random.

In this test, we checked products against 355 drive‑by downloads (exploit kits) and 1,561 direct malware downloads. To qualify for a VBWeb award, the weighted average catch rate of these two categories, with weights of 90% and 10% respectively, needed to be at least 80%.

The 'potentially malicious' cases that were included in previous reports have been removed from the public test reports.

Each request was made from a randomly selected virtual machine using one of the available browsers. The machines ran either Windows XP Service Pack 3 Home Edition 2002 or Windows 7 Service Pack 1 Ultimate 2009 and all ran slightly out-of-date browsers and browser plug-ins.