Together with email1, the web is one of the two major malware infection vectors through which organizations and individuals get infected with malware. Most organizations use security products to minimize the risk of malware making it onto the network this way, thus avoiding having to rely on security products running on the endpoint.

Recent months have seen some interesting developments when it comes to web-based malware. On the one hand, the shutdown of Coinhive in March 2019 led to a sharp decline in illicit in-browser mining activity, though it will be interesting to see if the recent increase in cryptocurrency values will lead malicious authors to return to mining for such currencies in users' browsers.

At the same time, exploit kits are making some kind of comeback. Just after this test ended, the GreenFlash Sundown kit2 became very active during a large malvertising campaign. During the test itself, we saw hundreds of cases of six different exploit kits: Rig, Spelevo, Fallout, Kaixin, Underminer and the Router exploit kit, which targets vulnerable routers rather than attempting to infect the endpoint. 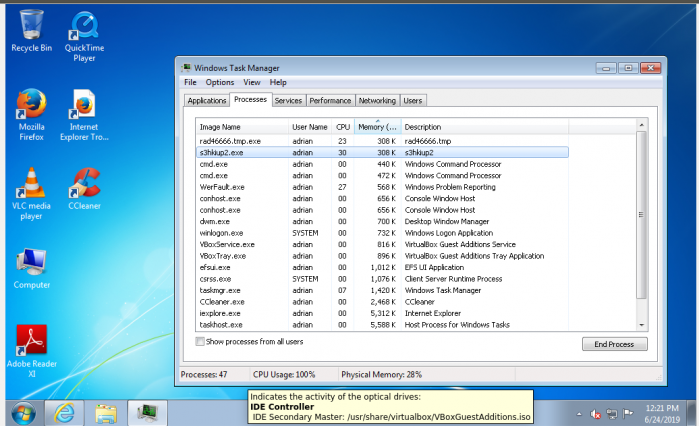 We saw these exploit kits deliver ransomware such as Sodinokibi and Buran, banking trojans such as IcedID and Kronos, as well as other kinds of malware such as the AZORult information stealer and the Pitou spambot.

We also saw a wide variety of direct malware downloads, including Emotet, GandCrab, Pony, Nanobot and Troldesh. Thankfully, tested products had very few problems blocking malware in any of these categories.

New in this test is the category of phishing websites. Such sites aren't malicious in a strict sense – in that they won't infect a user's computer – but the stealing of credentials is an important cybercriminal activity. Despite the lack of any malicious code making these kinds of sites inherently harder to block, we were pleased to see products block over 95 per cent of them.

It should be noted that one of the products included in this VBWeb test is a cloud-based product. As with the other products hosted in our lab, we replay previously recorded requests through cloud-based products3, but as we do not control the connection between the product and the Internet, we cannot replay the response.

Fortinet's FortiGate appliance continued its unbroken run of VBWeb awards that goes back several years, blocking all drive-by download cases and almost all direct malware downloads. With over 95 per cent of phishing sites blocked, this kind of malicious site doesn't pose a big problem for FortiGate either. 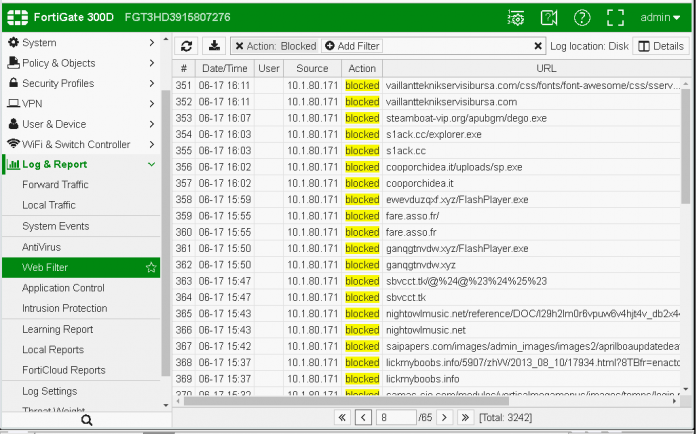 iBoss showed that its impressive performance in its debut test was no exception, blocking all drive-by download cases (exploit kits) in this test, as well as all directly downloaded malware. iBoss also blocked almost 97 per cent of phishing sites. The product's second VBWeb certification is thus well deserved.

The test ran from 7 June 2019 to 24 June 2019 during which period we gathered a large number of URLs (most of which were found through public sources) which we had reason to believe could serve a malicious response. We opened the URLs in one of our test browsers, selected at random.

In this test, we checked products against 224 drive‑by downloads (exploit kits), 1,338 direct malware downloads and 547 phishing sites, a category which also includes sites that trick the user into calling a phone number. To qualify for a VBWeb award, the weighted average catch rate of the first two of these categories, with weights of 90% and 10% respectively, needed to be at least 80%.

The 'potentially malicious' cases that were included in previous reports have been removed from the public test reports.

3 The requests are replayed in near real time.