At VB2015 in Prague, Juan Andrés Guerro-Saade, then of Kaspersky Lab, presented an important paper on the transformation of security researchers into intelligence brokers and how this changes the ethics concerning security research.

The debate on how security companies in general and anti-virus products in particular should treat malware written for 'good' purposes has long focused on detection. However, removing detection from such such malware isn't particularly practical, nor is it something that any of the parties involved would actually be interested in. 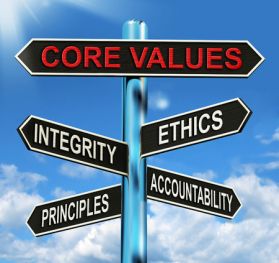 Far more interesting and relevant is the question security researchers and companies ask themselves when writing blog posts, research papers, conference talks and intelligence feeds: is publication of my analysis actually in the public interest?

Indeed, not all threat research that is performed is made public, and ethical concerns are one reason why some research remains unpublished. There still appears to be a bit of a taboo around the subject though: in 2014, Ronald Prins, then of Fox-IT, was widely criticised when he gave as a reason why his company hadn't published anything about the Regin malware "we didn't want to interfere with NSA/GCHQ operations".

But as the use of malware by governments and law enforcement agencies continues to increase, and certainly isn't restricted to undemocratic regimes targeting innocent victims, I think we really should have a debate on whether publishing research is always a good thing to do.

This is why I was very pleased to read a long blog post on the subject by security researcher Collin Anderson. In it, he uses many real examples and draws on his own experience to ask a number of important questions, such as: "Can we confidently determine the intent of a campaign?" and "Can remedial action be taken aside of publication?".

In the decade that I have been working in the security industry, I have found my own views on the subject shift from believing that all malware is equal to being more open to the suggestion that some malware may be more equal than others. At the same time, I still find the idea of total transparency, as advocated by some researchers, to have some appeal.

I thus encourage everyone to read Collin's blog post and Juan Andrés's paper; you can also find the video of his presentation below. This is also a subject on which we very much welcome submissions for VB2018!