Aditya Sood and Richard Enbody discuss some of the different techniques that are used by present-day malware to circumvent protection mechanisms.

Generally, the majority of scanners use these techniques. More details about the working of scanning engines can be found at [1]. Many researchers have done a good amount of work in analysing and discussing obfuscation, anti-debugging and anti-emulation techniques. However, to continue our discussion we will dissect these principles again.

Malware writers employ a range of obfuscation tactics to make their code harder to analyse.

Since the advent of Zeus, several classes of malware have been using anti-traffic-analysis code. This allows the malware to detect the presence of traffic analysis systems and kill them before it starts communicating with the Command & Control (C&C) server. Typically, on Windows Wireshark and Microsoft’s Network Monitor are used to monitor the traffic going in and out of the system. There are many ways to trigger anti-traffic code in the Windows operating system. Malware writers generally prefer to implement anti-traffic routines in the form of assembly code which is embedded as inline code. However, this is not the only way. Listing 1 below shows the code that is used to kill a process in the system. All the running processes are enumerated first, then once the active processes have been found, the malicious code looks for the target process and kills it. 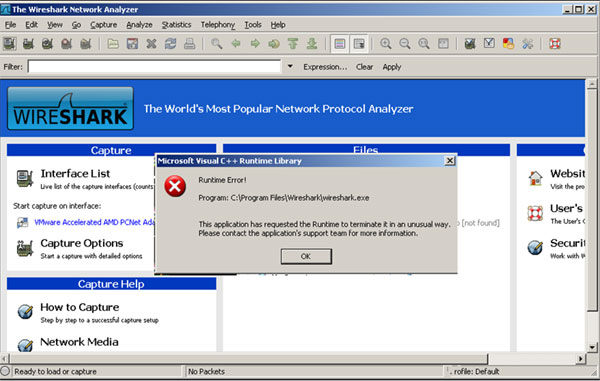 Malware writers also try to open the file handle to \\.\NPF_NdisWanIp to query information about the interface and verify the state of the adapter. Registry-based detection is another viable method for detecting the state of programs in the system – for example, some of the Wireshark registry entries present in Windows XP are presented in Listing 3 below.

If the Wireshark program is installed properly then these registry entries must exist. The registry path might vary with different operating systems. Listing 4 below shows the registry entries for the presence of Microsoft Network Monitor on Windows 7.

All of the above techniques can also be applied to detect the presence of SysAnalyzer, Windows Defender and Microsoft’s Security Essentials as well as other anti-virus engines running in the system. There are also other methods, such as querying Windows Management Instrumentation (WMI), that can be used to gain information about the state of the Windows operating system. Listing 5 shows how WMI is used for querying installed programs in Windows. Similarly, firewalls that are installed on a system can also be enumerated.

Anti-debugging is a method that malware writers use to prevent active debugging of the executable/binary when a relevant process is triggered in the system. This method plays a significant role in disrupting the analysis process. Malware writers can implement several methods to trigger anti-debugging routines in the malicious code.

Practical examples of these techniques have been discussed in [5], [6]. Another method for detecting the presence of a debugger in the system is based on a simple registry key check to verify if the specific key related to the debugger (such as OllyDbg) is present in the registry. This is an easy tactic but it is not a robust way to detect debuggers in the system because registry entries can easily be tampered with. The FindWindow() trick is an old one, but works well to check the presence of any active window pointing to the running state of a debugger in the system. Considering program code, the presence of code-based debugging APIs such as OutputDebugString() with error handing APIs such as GetLastError()/ SetLastError() is another easy way to detect the presence of a debugger. Several interesting anti-debugging techniques have been discussed in [7].

We have discussed several techniques and tactics used by malware writers to analyse the operating system environment before the malware is executed. This enables them to bypass several host-based protection solutions and detection tools. The methods discussed here are not the only ones used, but these concepts should provide a good basic understanding. Some of these techniques have been widely researched, demonstrating the importance of these issues. We believe that there are still more robust techniques available that might not yet have been seen in the wild.