When the Skeleton Key malware is installed on a domain controller, the attacker can play a face-changing trick on the domain by logging in as any user it chooses and performing any number of actions on the system including, but not limited to, sending/receiving emails, accessing private files, local logging into computers in the domain, unlocking computers in the domain, etc. In their VB2015 paper, Chung Feng, Tal Be'ery and Stewart McIntyre analyse the technical details of the Skeleton Key malware, unveiling the tricks it uses to tamper with NT LAN Manager and Kerberos/Active Directory authentication, and detailing the tricks it uses to downgrade the encryption algorithm used by Kerberos, from AES to RC4-HMAC (NTLM).

Interestingly, this ‘face-changing’ trick is not only used in Sichuan opera, it has also been adopted in the digital world by malware. A new breed of advanced persistent threat (APT), discovered by Dell SecureWorks and known as ‘Skeleton Key’, is using this face-changing trick.

The Skeleton Key malware can be removed from the system after a successful infection, while leaving the compromised authentication in place. This can pose a challenge for anti-malware engines in detecting the compromise. This paper also discusses how on-the-wire detection and in-memory detection can be used to address some of these challenges.

Emergence of the Skeleton Key malware

Windows servers have been widely deployed, and are commonly used by organizations as part of network infrastructures. In particular, ‘a domain controller (DC) is a server that is running a version of the Windows Server operating system and has Active Directory Domain Services installed’ [1]. The DC is responsible for security authentications in a Windows domain.

In January 2015, Dell SecureWorks researchers discovered a new breed of malware, a threat that specifically targets DCs, in an Advanced Persistent Threat (APT) attack [2]. Once installed on the DC, this malware, which is named ‘Skeleton Key malware’ (hereafter it will be referred to simply as Skeleton Key), allows the attacker to play a ‘Bian Lian’ (face-changing) trick – the attacker can log into the affected domain with any user account and perform any number of actions on the system including, but not limited to, sending/receiving emails, accessing private files, etc.

In the wild, Skeleton Key has been distributed as a 64-bit DLL file with the following file names:

According to the threat analysis published by Dell SecureWorks [3], the attacker may use the following process to deploy Skeleton Key:

These replication issues may be explained by subtle bugs in this version of Skeleton Key’s patches to the Active Directory’s authentication functions, which allow most authentication use cases to operate as normal, but which cause replication between domain controllers eventually to cease functioning. 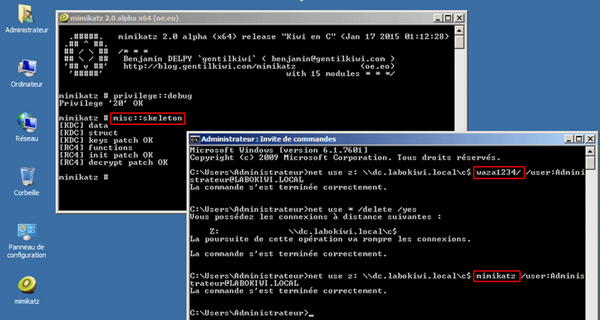 Before we dive into the details of how Skeleton Key works, let’s explore the internals of Windows authentications.

Kerberos is an authentication and authorization protocol, standardized and maintained by the IETF (Internet Engineering Task Force – mainly in RFC 4120 [8]) and implemented by many operating systems (OS), including but not limited to Windows, Linux and Mac OSX. Since Windows 2000, Kerberos authentication has been the default authentication method for domain accounts.

The Kerberos authentication and authorization protocol enables the transparent single sign-on (SSO) experience. The SSO enables users to actively authenticate (i.e. provide their password) only once even though they access various services – whether in the corporate network or in the cloud (where the Kerberos ticket is translated to SAML tokens).

The Kerberos authentication and authorization protocol works in the following manner: 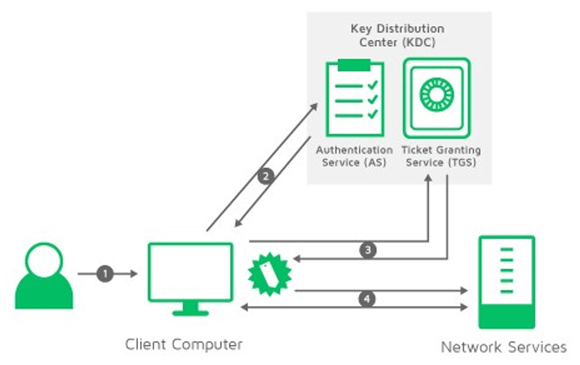 In Windows networks, the KDC is implemented in the Active Directory (AD) service and is installed on the DC. Therefore, we will use KDC, DC and AD interchangeably throughout this document.

In Kerberos (version 5) the server uses pre-authentication in order to validate the user identity before sending any encrypted data, encrypted with the user’s long-term key (derived from the user’s password).

When using passwords to authenticate, the pre-authentication method is the encrypted timestamp. The user encrypts the current timestamp with its long-term key as a proof of password knowledge.

To support this process, a handshake phase must be supported by the protocol:

The details of the Kerberos handshake phase are as follows: 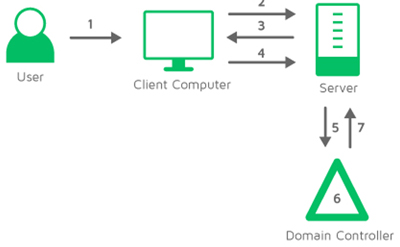 UNIX and UNIX-like systems have the ‘su’ command, which allows the root user to perform ‘face changing’ as any user without providing the user’s password. This means on a UNIX and UNIX-like system, once the root is compromised, the attacker can easily pretend to be any user simply by executing the ‘su’ command. However, on the Windows operating system, there is no such command which allows the administrator to perform ‘face changing’ (though Windows allows a process to be executed with the ‘runas’ option, it only changes the permission but not the user identity). The attacker has devised Skeleton Key to allow the attack to perform the ‘face-changing trick’. Skeleton Key is designed to tamper with NTLM and Kerberos authentication.

Skeleton Key has been designed to meet the following principles:

Skeleton Key malware performs the following steps to tamper with NTLM authentication and allow the attacker to log in with the Skeleton Key password:

There is one more challenge in tampering with Kerberos authentication: newer Kerberos encryption types (such as AES) require a salt string (usually the username) to be added to the key derivation function, to make the same passwords of different users create non-identical encryption keys.

To support a salt-enabled key-derivation function, the malware would need to do one of the following:

Therefore, the Skeleton Key malware chooses to support only RC4-HMAC-based Kerberos authentication, as RC4-HMAC’s key-derivation function does not involve a user-based salt. As a result, the Skeleton RC4-HMAC key remains the same for all users, which greatly simplifies the malware’s implementation.

In order to support Skeleton Key for Kerberos authentication:

The Skeleton Key malware can be removed from the system after a successful infection, while leaving the compromised authentication in place. This can pose a challenge for anti-malware engines in detecting the compromise. However, it is still possible to detect the presence of Skeleton Key malware using ‘over-the-wire detection’ or ‘in-memory detection’.

The key for the over-the-wire detection is the fact that the malware downgrades the Kerberos encryption types supported by the DC. This detection method is only relevant for domains operating in a Domain Functional Level (DFL) that enables AES (DFL is greater than or equal to 2008 [12]).

The detection of an encryption downgrade can be carried out in either a passive or an active manner.

A passive monitoring device situated in front of the DC can monitor ingress and egress traffic and detect the attack using the following algorithm.

Note that no access to the client’s or DC’s secrets (passwords) is required in order to implement this algorithm.

An active approach to detection is to make an authentication request as a user using the AES encryption and observe a downgrade to RC4 by the DC. We have shared a publicly available standalone detection script [13] which is capable of detecting such user-encryption downgrade on DC.

The script works as follows:

Note that no access to the client’s or DC’s secrets (passwords) is required in order to implement this algorithm.

Figure 9. Execution of the script on all DCs of a non-infected domain.

(Click here to view a larger version of Figure 9.)

Figure 10. Execution of the script on a Mimikatz Skeleton.

(Click here to view a larger version of Figure 10.)

Skeleton Key can be also detected in memory by checking the existence of some functions hooks. It hooks the following functions: 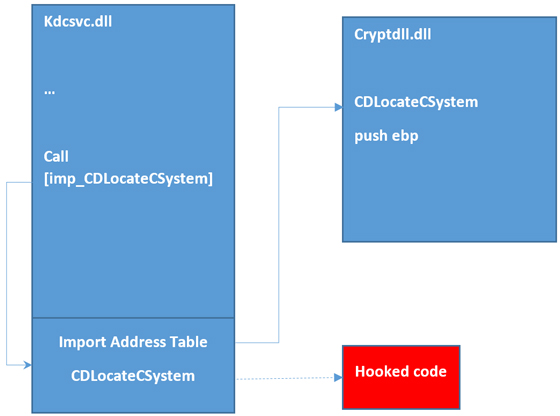 Unexpected use of administrator credentials