Together with email1, the web is one of the two major malware infection vectors through which organizations and individuals get infected with malware. Most organizations use security products to minimize the risk of malware making it onto the network this way, thus avoiding having to rely on security products running on the endpoint.

2019 continues to be more interesting than previous years when it comes to exploit kits. More than half a dozen kits are currently active. In this test, we caught six active exploit kits: Rig, Spelevo, Fallout, Underminder, Radio and Lewd.

Radio is a new kit that was first discovered by nao_sec in July [1], while Lewd was first reported on Twitter in September [2]. There is a good chance that Lewd, like the Lord exploit kit discovered by Virus Bulletin earlier this year [3], is not actually an exploit kit but a standalone use of an exploit to facilitate a drive-by download. We saw this push the Quasar RAT. 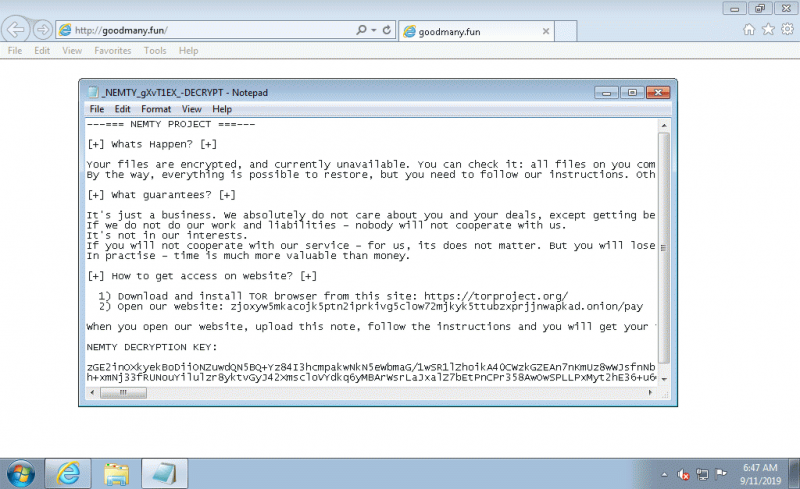 The Nemty ransomware as downloaded by the Radio exploit kit.

We also saw more than 900 instances of malware downloads, including Emotet, Locky, Nanobot, Ursnif and Remcos RAT. Thankfully, the tested products had very few problems blocking malware in any of these categories.

As in the Summer 2019 report [4], the test also confirmed that products had few problems blocking phishing pages.

It should be noted that one of the products included in this VBWeb test is a cloud-based product. As with the other products hosted in our lab, we replay previously recorded requests through cloud-based products2, but as we do not control the connection between the product and the Internet, we cannot replay the response.

Thus it is possible that a request that results in a malicious response in our test lab results in a non-malicious response when replayed through a cloud-based product. We consider such cases full blocks, as this is the user experience, but because a cloud-based product isn’t always served the malicious content by the exploit kits, for the purpose of calculating block rates we only count these instances with a weight of 0.5. However, in the case of the particular cloud-based product included this test, all exploit kits were blocked, meaning that the weighting would not have made a difference.

Fortinet’s FortiGate appliance continues its unbroken run of VBWeb awards going several years. It blocked all drive‑by download cases, missing fewer than one in 100 direct malware downloads, and with over 98 per cent of phishing sites blocked, this kind of malicious site isn’t a big problem for FortiGate either. 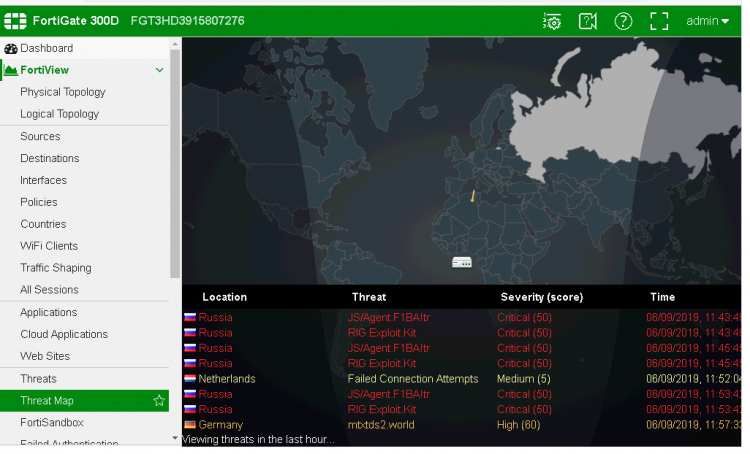 iBoss continues its impressive VBWeb performance by blocking all drive-by download cases (exploit kits) in this test, as well as all but a few directly downloaded malware samples. iBoss also blocked almost 99 per cent of phishing sites. A third VBWeb certification is thus well deserved.

The test ran from 29 August 2019 to 15 September 2019, during which period we gathered a large number of URLs (most of which were found through public sources) which we had reason to believe could serve a malicious response. We opened the URLs in one of our test browsers, selected at random.

In this test, we checked products against 609 drive-by downloads (exploit kits), 926 direct malware downloads and 364 phishing sites, a category which also includes sites that trick the user into calling a phone number. To qualify for a VBWeb award, the weighted average catch rate of these two categories, with weights of 90% and 10% respectively, needed to be at least 80%.

Data from the test was provided by various public sources as well as an API provided by Active Defense.

Each request was made from a randomly selected virtual machine using one of the available browsers. The machines ran either Windows XP Service Pack 3 Home Edition 2002, or Windows 7 Service Pack 1 Ultimate 2009, and all ran slightly out-of-date browsers and browser plug-ins.

2 The requests are replayed in near real time.